Bangkok is truly a world capital. It is incredibly cosmopolitain, a melting pot of cultures from all over. Yet at its heart, it remains profoundly Thai in character. As a global metropolis, Bangkok feels immense. Even within the first ten minutes of coming in from the airport, you start to feel how huge it is. The volume of traffic on the highway is incredible, so is the scale of the multi-tiered roads that criss-cross over one another, all converging in on the city.

Tip: Getting to Bangkok City Centre from the Airport

Bangkok has two airports, Don Mueang International Airport and Suvarnabhumi International Airport. Don Mueang is the older of the two and services mostly low cost regional budget airlines. Depending on your time of arrival, getting from the airport into the city can be anything between 30 minutes to 2 hours. I’ve found most times, it has taken just under an hour. Taxis are reasonably cheap, costing about €10 to €15.

Being from Singapore, I always took Bangkok’s coolness for granted. The crazy mix of skyscrapers and crumbling architecture, fancy restaurants overlooking alleyways filled with humble street food stalls. Only after I moved to Europe did I realise how special these juxtapositions are.

Our hotel was near Paragon Shopping Centre. It’s one of the places you have to visit in Bangkok. It’s a good excuse to take the Skytrain, and the courtyard outside “Siam” station, connecting commuters to the malls in the area has a great view. From here, you can look up at the curving bridges of the Skytrain, look down onto the roads below, permanently shadowed by these bridges and see the fancy malls reflected in each other’s windows.

We stayed at Siam@Siam Design Hotel Bangkok which was not too far from Paragon, and walked there a number of times. Walking around Bangkok can seem like a crazy idea, especially in the heat of day. However, you’ve got to do it after sunset. There’s such life on the streets – it’s the sort of nightlife you can only get in South East Asian metropolises. The air is balmy, and there’s all sorts of things you can enjoy – not only clubbing or drinking, but also great street food and foot massages in little spas off the side of the road.

Bangkok is alive at night, and it keeps going all the way till dawn. Since most of our party have done Patpong and its clubs many times before, and the ones that haven’t aren’t into heavy drinking, we gave that a miss.

Instead, we opted to go for some of Bangkok’s “atas” bars. Above Eleven, was one of them. It’s not that high up, for Bangkok, located on the 34th floor – there are buildings around it that are higher.

But it still gave an incredible view of the city and provided some lovely sunset shots with Bangkok’s skyscrapers silhouetted in the foreground. The food here was lovely – bar food with a Thai twist.

E@L took us to a spa after we had a few drinks, and it was a lovely experience. It was a a tad surreal, having come from a rooftop bar to trudging amidst the city’s traffic at its lowest level, jostling for pedestrian space with noodle sellers, to entering this little spa just off the road. Surprisingly, inside, you did not feel like there was a major road a mere few feet from the entrance.

Another great place to visit is the Iron Balls Gin Distillery and bar in Sukhumvit. Iron Balls Gin Bar is a steam punk themed bar. In front of the main entrance is a lovely manicured yard with a door leading into the bar. On the way there, you’ll see some parts of the distillery, which is quite cool. The gin and tonics are simple and strong. We especially liked the house brew. Iron Balls and has a sister bar called The Iron Fairies, which we unfortunately did not have enough time to visit.

Service staff in Bangkok usually expect a tip, although it is not expected in every situation. It’s about €1 for busboys, €5 per person for massages, €6 for the driver who took us (a group of five) for a full day trip to the floating market. There’s probably a different protocol in expensive restaurants, but I feel since there is already an additional 17% on your bill, part of which is for the service, I always thought it a bit unnecessary.

Cooling Off in Bangkok

We were in Bangkok in April, probably the hottest month of the year. There is no better place to cool off than in Paragon Shopping Centre. Believe me, we wanted to do so much more, like take the ferry along the Chao Phraya River, which we did not do, because it was simply too hot.

We did spend an inordinate amount of time in Paragon Shopping Center however. I don’t really like malls – I don’t like how artificial they feel. But I quite like Paragon. Its almost a city within a city and is a great place to shop. You can find pretty much anything you need here, although most things are probably cheaper on Amazon in your home country.

Funnily enough, I would say Paragon Food Court is probably one of my favourite places to eat. The variety of food on offer here is incredible, and it’s all good. I found a number of treats I used to eat as a child here in the food court (which I was not able to find when I visited Singapore this time). The food court is incredibly large and features, on top of Thai cuisine, snacks from all over Asia – mostly Japan, Singapore, Korea and Taiwan, to name a few. There are also burgers, pasta and and oyster bar.

Things Left to Do in Bangkok

We were only in Bangkok for three nights this time. Far too little really to see and do everything we wanted to. The next time, we hope we will be there when the weather is a little cooler so we can enjoy taking the ferry on the Chao Phraya. We also missed out on “street food” this time because it was too hot to eat outside. We greatly enjoyed the floating market we visited and would also like to visit some other markets around the city.

Bangkok is a really huge and lively place and we would definitely keep coming back to it again and again. I love the food, the cosmopolitan vibes and its unique, intense character. It’s definitely a city that will change your perspective on life. 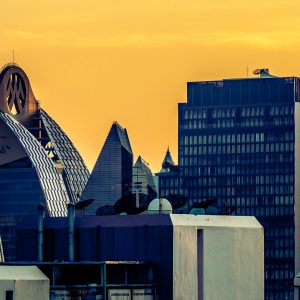 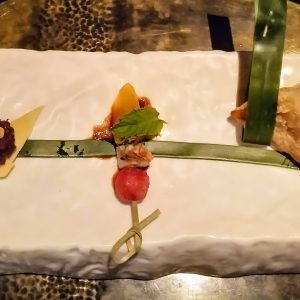 Our review of Bo.lan, Bangkok