Before Valletta, Birgu was the capital city of the Maltese islands. It is the oldest maritime city in Malta, with a long history that is both turbulent and illustrious. Before the Order of Saint John was granted the islands, it had passed through the dominion of the Phoenicians, Greeks, Romans, Byzantines, Arabs, Normans and several more ruling powers. However, you’ll notice most the French Christian influence on the architecture of the city, which is distinctly medieval European.

Wandering the Streets and Alleys of Birgu

I really love walking around the streets of Birgu, particularly around sunset. There’s something magical about its little winding streets that traverse the city’s many neighbourhoods. Unlike Valletta, Birgu is not crowded. In the evenings, there are practically no tourists around. The only people you see are the city’s residents, sitting in the bars around the main square drinking, watching sport or eating at a local restaurant, al-fresco style.

The first thing you’ll want to do in Birgu is stroll down the marina, walking by the many fancy yachts in the bay. At the end of the marina, you’ll see Fort St. Angelo. Standing below it really gives you a sense of its grandour and strength. There’s plenty of fish restaurants serving fresh seafood along the marina. Although they are a little on the touristy side, they still serve pretty great food.

Another thing probably worth visiting is the St. Lawrence Church. We didn’t go inside, but it’s got a really lovely exterior. I like how the ground around it is sloping, and how the building comes up at weird angles with the other buildings around it.

However, the thing I absolutely love about Birgu is walking along its many little streets, marvelling at the little delights at every corner. Particularly charming is how the pavements have been decorated with many beautiful, leafy potted plants. Walking in Birgu feels like a stroll through someone’s lovingly maintained private estate.

The doors on the houses are all beautifully painted, and the buildings themselves have been perfectly restored. I personally don’t think Birgu has ever been so pretty in history as it is now – thanks in part to money granted by the EU to help the city preserve its architectural heritage.

You’ll notice as you’re walking through how the doors are all decorated with golden handles shaped like fish, and the fancy ornamentation on the little gates in front of the doors. These gates are only there to serve a decorative function. It’s all these little touches that make the neighbourhoods of Birgu so special.

Bars and Restaurants in Birgu

While wandering around, you’re also likely to stumble upon little bars serving great beer and food. One such place is the Il-Form Art Gallery and Wine Bar, which we were recommended by our AirBnB host our first time in Malta. It’s really worth visiting. It’s a large bar – restaurant – gallery owned by a Maltese – Malaysian couple. There’s all sorts of crazy and colourful art inside, and the interior is as eclectic as the people that run it. The food is simple and delicious – cheese and meat platters, chicken wings, burgers and middle-eastern inspired mezze options.

The best thing in Birgu however is Tal-Petut restaurant. We passed by this place years ago and tried to get a table, but they were already full. This time, we booked a table the moment we knew we were going to Malta. We were not disappointed. The dinner was absolutely one of the best we’ve had. The concept for Tal-Petut is simple – all ingredients are locally grown or caught and prepared slow-food style. The fare is a fusion of Middle-Eastern and European – starting with a mezze of a variety of starters, followed with a small selection of simple mains. When we were there, there were three options – we opted in the end for the slow-cooked pork cheeks and braised tuna.

After the epic meals (and believe me, you won’t leave hungry), we had one last lovely stroll through the quaint little streets of Birgu, which were prettily lit by low yellow street lights, before heading back to Valletta.

Travelling Between Birgu and Valletta

If you’re looking for transport from Birgu to Valletta, you have several options. You can take a bus from the bus station, a public ferry, or a boat. The bus is your only option after sundown, but while it’s still not too late, you should try and get a private boat to Valletta from Birgu harbour. A ticket is under $5 per person, and its a worthwhile experience. The boat not only gets you back faster, but it also allows you to enjoy a different view of Birgu and Valletta. I particularly liked how the small boat wove its way from one city to the other through the larger yachts parked in the harbour. Returning to Valletta from Birgu this way was a nice end to the day’s excursion. 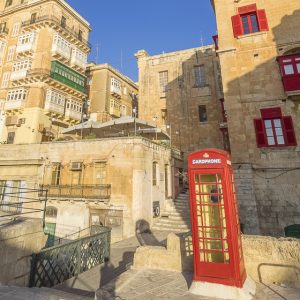 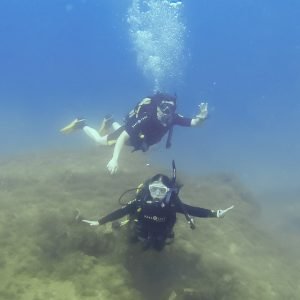 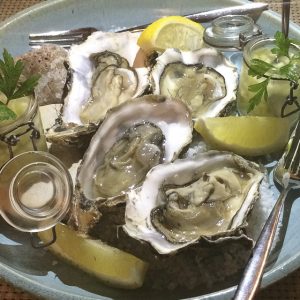 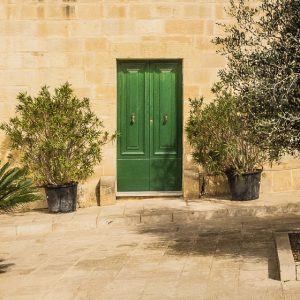 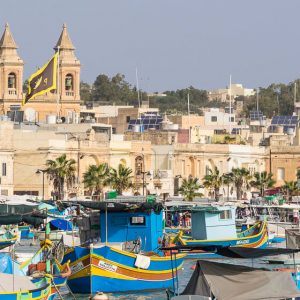 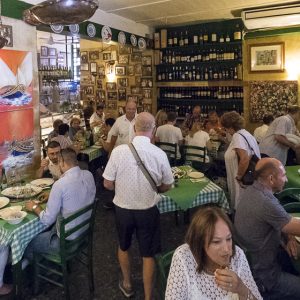 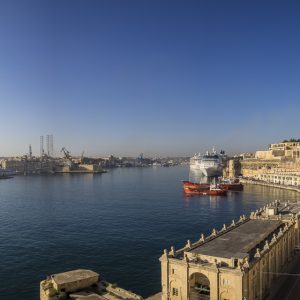 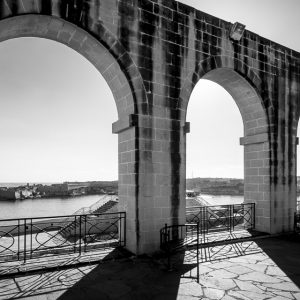