For centuries, Charles Bridge was the only crossing over the Vltava. This landmark is key to understanding the history of Prague’s Old Town. This iconic landmark, and its unmistakable silhouette can be identified by many. As a testament to its structural integrity, it is one of the few remaining medieval bridges still standing today. There are not many bridges in the world that can rival the Charles Bridge in age, beauty and utility.

Commissioned by King Charles IV two years after he was crowned the Holy Roman Emperor, the bridge made Prague the most important city in the region for many centuries to come.

When was the Charles Bridge built?

Although the cost of the bridge left the Kingdom of Bohemia in debt for many years after its construction, it was a truly worthwhile investment. From its completion in the early 1400’s up till 1870, it was the only means of crossing the Vltava. Although Prague was already a key trading hub before the bridge, the bridge significantly increased the flow of traffic through the city. Today, as an easily recognisable icon of Czechia, it generates billions of tourist dollars indirectly.

On top of being useful to traders in the region, it also made life easier for the Medieval residents of Prague. Especially those working in the Prague Castle, who now had an easy and safe way to cross the Vltava.

Of course, to any upsides, there are downsides. The bridge’s incredible importance as the only crossing across the Vltava meant it was a target during the many wars that took place in the following centuries. In 1621, the Habsburgs hung the heads of 27 Bohemian revolutionaries from the Bridge Tower. The location of the heads meant that this “message” was received and spread quickly. During World War Two, the Nazi army noticed the bridge’s importance in the transport of supplies, and the bridge came under threat. Fortunately, it was not significantly damaged.

The Architecture and Engineering

In the 600 years or so of its existence, it has endured a lot. The floods of the Vltava can be severe, and the bridge has been damaged many times over the centuries. At the turn of the last century, the bridge accommodated trams and buses, which no doubt increased the load and wear on this historical monument. After World War Two, city planners wisely decided that the bridge would be for pedestrians only. Today, it accommodates the footsteps of the millions of tourists that visit Prague yearly.

That it is still standing is testament to the power of an ancient engineering idea – the stone arch, which is a Roman invention. The Charles Bridge has 16 of these arches across its half kilometre length. Legend also has it that this strength was due to eggs being mixed in with the mortar by the constructors who built it. However, analysis of the bridge has so far been inconclusive whether this is true.

During my visit to Prague, I often found myself wondering what exactly made the bridge look so “medieval”. I concluded that it was the tapered pier heads (they cap the columns separating the arches), which resemble the conical roofs of medieval towers.

The Old Town Bridge Tower is one of the oldest and best-maintained structures in Old Town Prague. When you look at the skyline of the Old Town, you’ll feel that everything kind of matches up with each other. That’s because the Gothic architecture of the Bridge Tower inspired the other two prominent landmarks in Old Town Prague – the tower of the Prague Astronomical Clock and the twin towers of the Church of Our Lady Before Týn.

The Bridge Tower was, however, more than an impressive entrance into the heart of Prague. In the past, the size of its arches restricted the vehicles that could cross the bridge. In this way, the Bridge Tower performs a protective function for this historical monument.

The Statues on the Charles Bridge

Along the bridge are thirty statues. Various Czech organisations, nobility and business people commissioned most of these between 1683 and 1714. When the construction of the bridge was completed, there was only a simple cross installed on the North side. When the Protestant Hussites destroyed the cross in 1419, the city council only got around to replacing it n 1629. In the centuries that followed, each replacement was destroyed in turn either in war or by floods. Today, a sculpture from the 19th Century stands in its place. It is the Statuary of the Holy Crucifix and Calvary by Emmanuel Max, a Czech-German sculptor.

Among the more interesting sculptures on the Charles Bridge is the one of Sant John Of Nepomuk. This statue stands out because of the five golden stars that ring the statue’s head. In the relief at its base is a knight with a golden dog by his feet. The dog is golden because tourists rub it “for luck”. Thus keeping it clean of the green copper oxide which covers all the statues on the bridge.

Most of the statues are replicas. The Prague council has redistributed the originals throughout various Prague museums.

Current Status of the Charles Bridge

The Charles Bridge is, unfortunately, in bad condition today. The council has started a new series of renovations in 2019. When we visited in 2019, the bridge was, to my surprise, not lit. Workers had to turn off the lamps that lit the bridge to repair the ice guards. The bridge will be incrementally repaired over the coming decade in a way that won’t interfere with this function and view. It will continue to be accessible.

If you look carefully, you’ll notice that some of the stones on the bridge are mismatched. That the new stones do not match the old ones was one of the criticisms of the last restoration done in 2008. The quest to find matching stones continues for Prague’s city council.

For me, Charles Bridge is one of the world’s most enchanting bridges. There are not many other bridges in the world that can match up in age, quality and beauty. Today, the bridge is a UNESCO World Heritage site and an essential bridge for historians and engineers alike. That it is still standing after six centuries is testament to its cultural and locational importance, and of course, structural integrity.

Why is Charles Bridge famous?

Charles Bridge is an icon of Prague and the Czech Republic. For many centuries until 1870, it was the only way for people to cross the Vltava. It is also one of the few Medieval bridges still standing and in use today.

When was Charles Bridge Built?

The first stone was laid on 9th July 1357. The bridge was completed about a century later, in the early 1400s. [Read More]

How was Charles Bridge built?

Charles Bridge was built with local limestone, with Medieval construction techniques. It uses the Roman arch, which gives it great stability. Legend has it that eggs were mixed in with the mortar to ensure the strength of the bridge. [Read More]

How far is Charles Bridge from the Old Town Square? 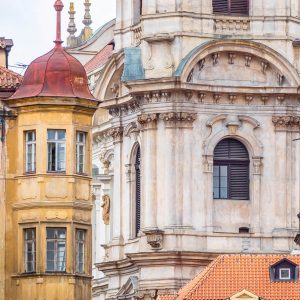 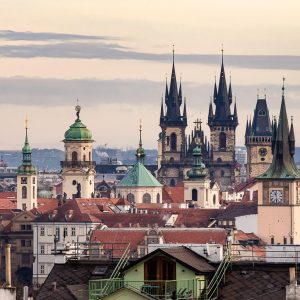 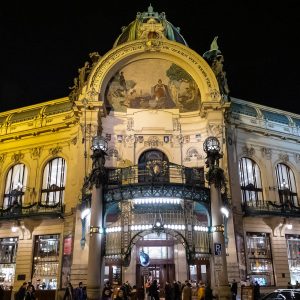 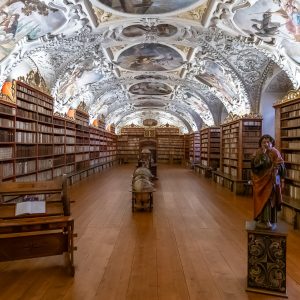 The Prague Libraries – Strahov Monastery and The Klementinum 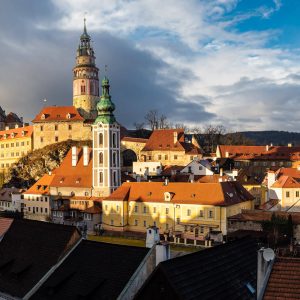 Český Krumlov, Things to Do in This Fairytale Town