The cliffs of Moher are one of the main attractions when travelling along the Wild Atlantic Way. These cliffs, like a lot of the coast around Ireland are very old, having formed hundreds of millions of years ago under the ocean. The cliffs themselves are a geological laboratory that exposes a slice of the past, preserving a record of what was, all those years ago.

The cliffs are truly beautiful, and viewing them curving out into the ocean, one can understand why the cliffs have been named a UNESCO Global Geopark. The cliffs are impressive, reaching up to over two hundred meters and stretching south towards counties Cork and Kerry.

We made a stop at O’Brien’s Tower. Fans of Father Ted might find the short walk to the tower worthwhile – from here, you can spot the Aran Islands, which are used in the arial shot of the Craggy Island in the opening credits of the show.

Ashford Castle is a beautiful castle with a beautiful name. Its architecture is quite interesting – a mix of Medieval and Victorian. Facing the castle is Lough Corrib – it seems like most of the castles and mansions worth visiting in Ireland have some kind of lake in front or river running around them.

From the medow that reaches to the banks of the lake, the castle seemed so inviting, like a welcoming home at the end of a verdant green pasture.

Well, Ashford Castle is one of Ireland’s finest hotels and if you can afford it, it might be well worth staying in. The area is simply filled with a tranquility that is priceless. A perfect retreat to get away from it all.

Ashford Castle has passed hands a number of times over the centuries, eventually ending up with the Guiness family after the Great Famine (which hit the West of Ireland hardest). It has changed hands many more times since, but each owner has sought to keep the castle’s character and maintain its luxury despite several difficult periods that befell the tourist industry in Ireland. Till this day, it remains one of the best resorts in all of the EU.

The hotel is famous in contemporary Irish culture thanks to The Quiet Man which features its grounds and the nearby Cong village as the backdrop to the action in the movie. We watched the movie before we came, and it was great to see all the locations in real life!

Cong Abbey and the Surrounding Village

Cong village is a little quiet place which straddles the borders of County Galway and County Mayo. It’s a charming place, for sure – like so many places in Ireland. What’s put it on the map though is The Quiet Man, which stars John Wayne and Maureen O’Hara.

The movie has certainly made this village a tourist attraction! We definitely did not forget to stop by The Quiet Man house while we were visiting. To be honest it wasn’t too exciting, just a recreation of the interior of the set from the movie. But it does give tourists something to do I suppose – I think if you grew up during the time the movie was made (which I didn’t) it might have more significance for you.

Cong Abbey is also another attraction in the area (after the Ashford Castle). The Abbey is a ruin, but nonetheless, a pretty well preserved one. It dates to the 13th century and is a great example of medieval church architecture in Ireland during the period.

The Abbey is a fine example of early Gothic architectural style in Ireland, and showcases the level of masonry that was present in the country during those days. If you look at the arches and windows, you’ll see some elegant, simple and lovely stonework. More interesting is the architecture that is not seen.

As part of the Abbey, a little ways away, there is a fishing house. Underneath this house is a platform of stones which raises it, allowing the river to flow underneath the floor. Local lore said there was a line connected to a bell in the abbey’s kitchen, which alerted the cook to any fresh fish caught at the fishing house – how charming!

We had a lovely and tranquil time wandering around the Cong Abbey. Even after all these centuries, there still remains something sacred about the place.

If you are into horse riding, Ireland has a lot to offer you. We saw a lot of horses around when we were driving about, milling in green meadows, doing whatever it is horses do. Grazing mostly, and staring out into the distance. I’m not sure if all of the horses are owned by someone – I think some may be wild.

Here, in this region, you’ll find the Connemara pony. She tends to be stocky with a strong back and sturdy legs. The pony has a very distinctive build and you’ll recognise it instantly. The pony is a Viking legacy, having been brought from Scandinavia in 795 AD, although it has since been mixed with Andalusian horses, which are often described as elegant.

These creatures are truly beautiful, and we enjoyed photographing them in the verdant green pastureland of West Ireland. 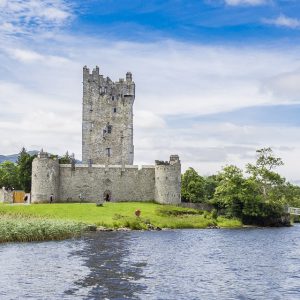 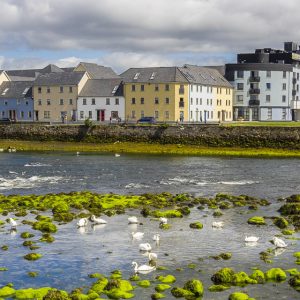 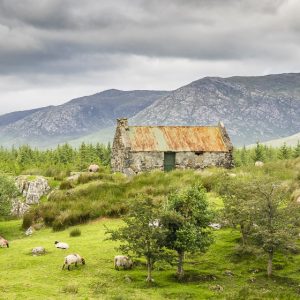