Tucked away in a remote part of the Sintra complex is the Convent of the Capuchos, a place shrouded in lush greenery and mystery. When we visited, a light rain had been drizzling since early morning, and the site was covered in a thick mist. This added greatly to its already ethereal vibe, burying the low buildings of the monastery even deeper into nature.

Like Quinta de Regaleira, the architecture was created to subsume into the surrounding nature. The convent and its surroundings have wonderfully mystical origins and gothic narratives, inspiring English romantic poets like Lord Byron, who was captivated by its beauty and isolation.

The convent was established in 1560, and occupied up till the early 1830s, when religious orders in Portugal were suppressed and had their property confiscated. Up until then, it was occupied by reclusive monks and enjoyed royal patronage for over three centuries. One can experience the level of seclusion experienced by these monks, visiting the site today. 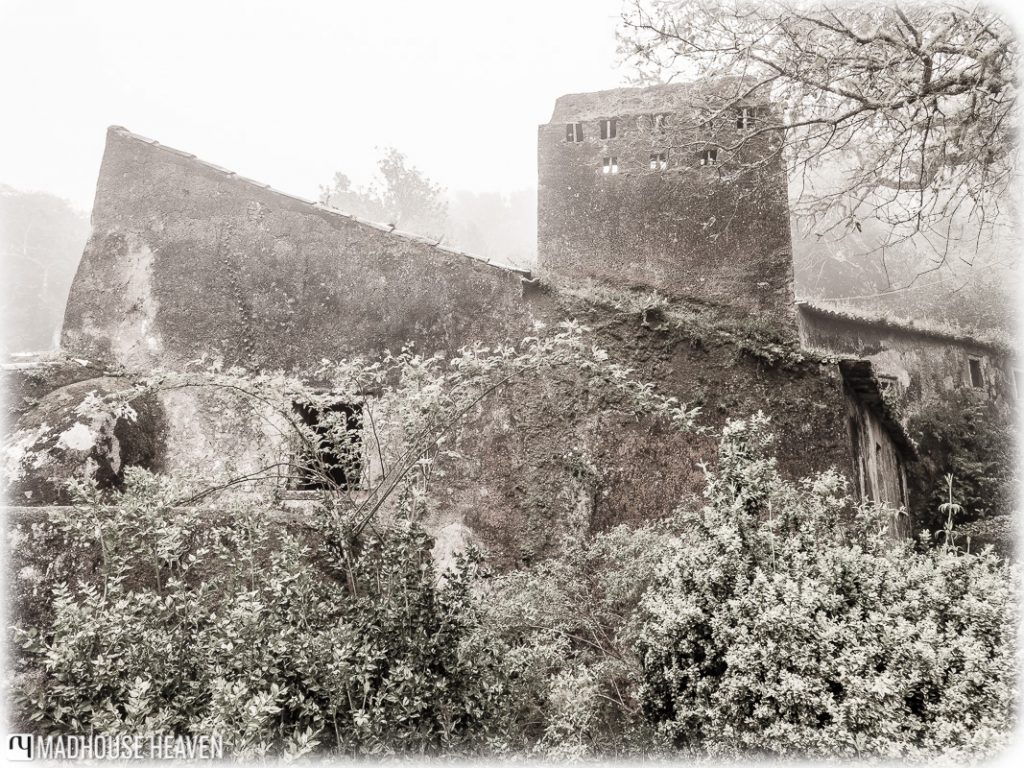 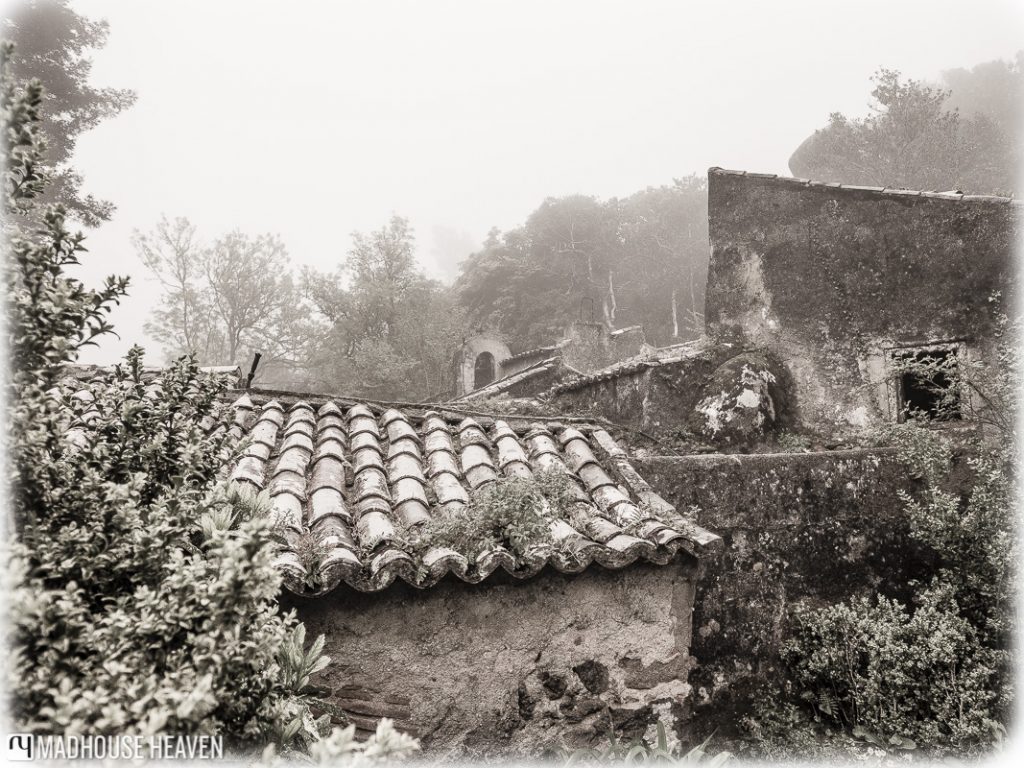 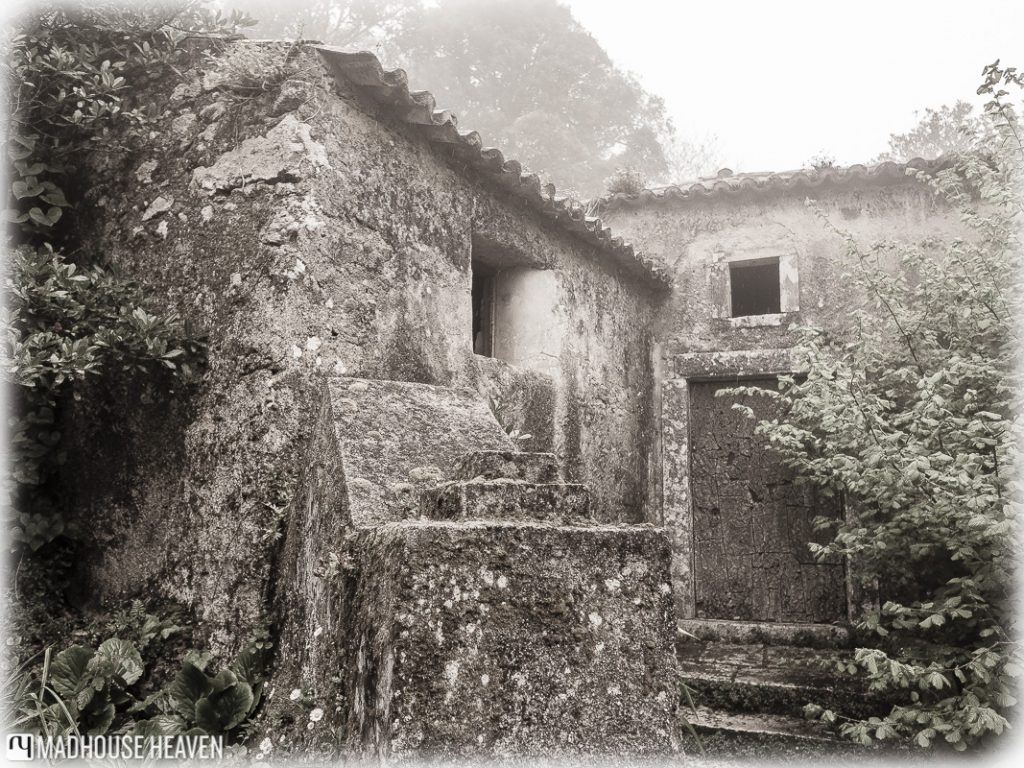 Its location, buried in wild, overgrown forest, and its architecture, severely austere and sized for hobbits, make it clear that visitors that arrive do so on the terms of the convent. The rooms available are very small, a fully grown man today would certainly not be able to sleep in one. The doorways were ill sized, even for me (and I’m only five feet tall). Getting around its interior was a challenge.

It was quite eye opening to realise how simply the monks had lived. The site constituted of a small courtyard, small cells for monks and three larger cells for visitors, a library, a refectory connected to the kitchen, an infirmary, two chapels and a latrine. There were no superfluous rooms. Some of the cells were so small that monks had to carve off portions of the wall to accommodate their feet. 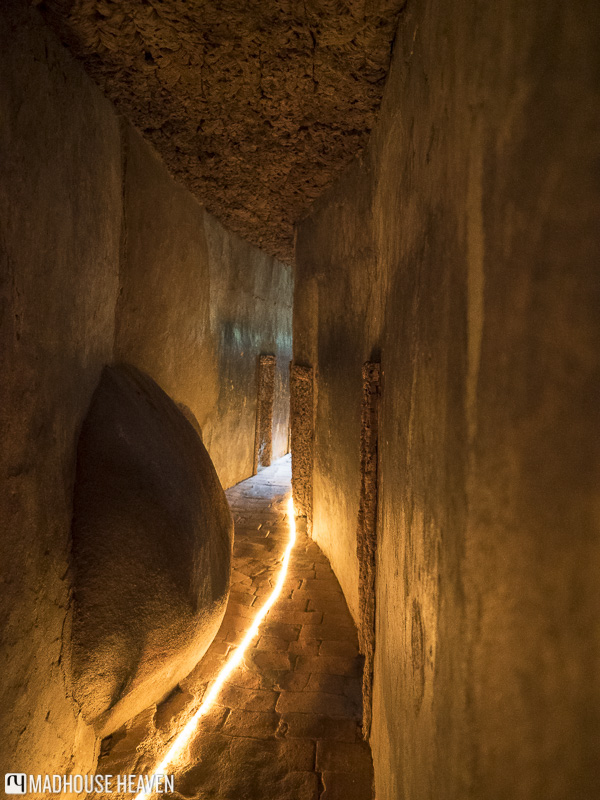 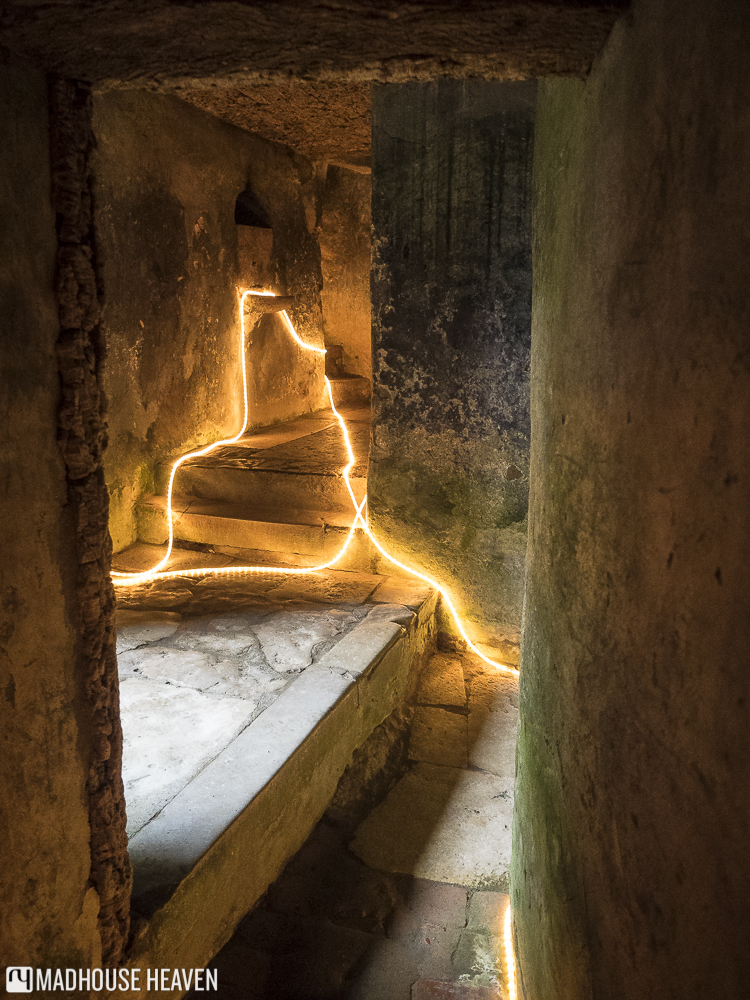 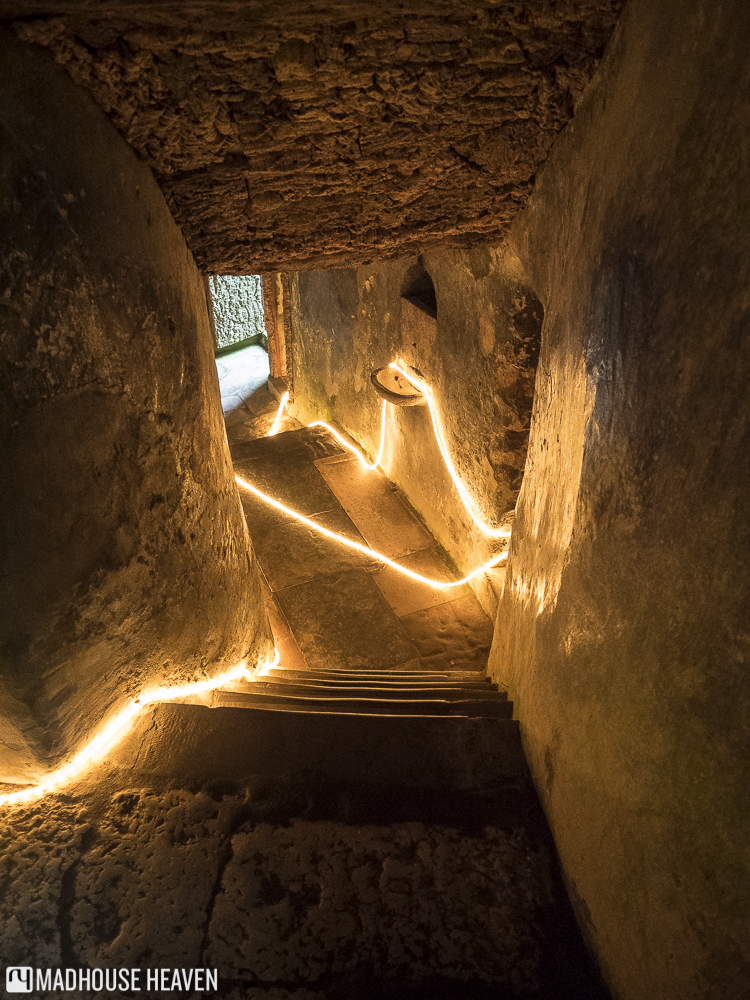 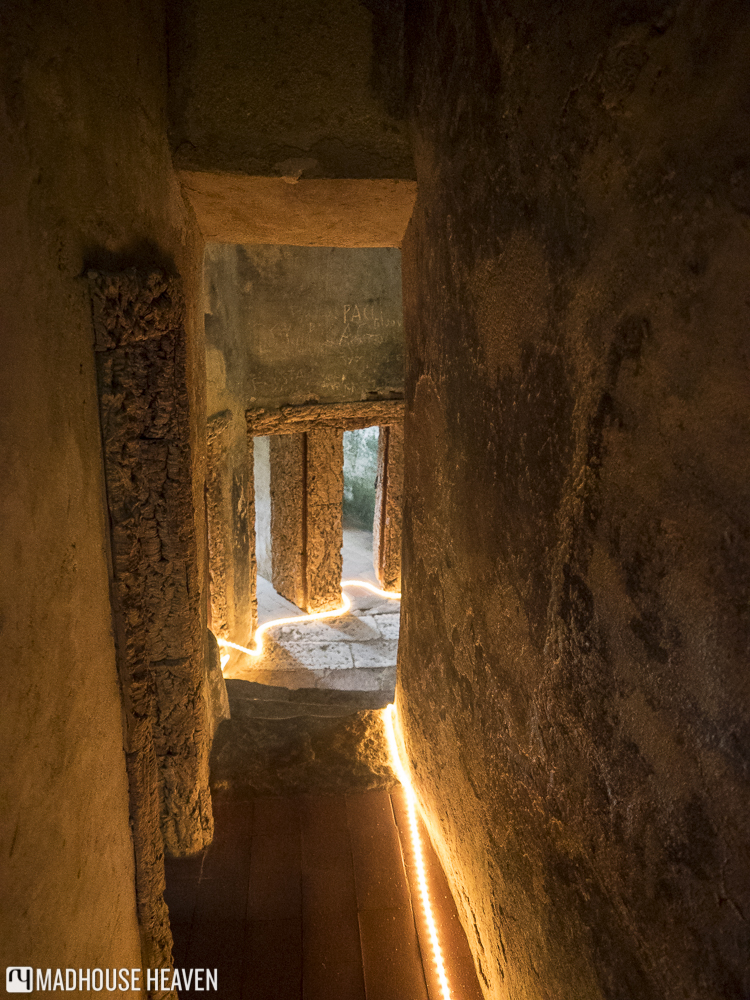 In a way, it was both a refuge and a prison. It was not easy to get to now, and must most certainly had been rather inaccessible back then, when it was still in use as a monastery. The overall architecture is starkly utilitarian, a huge contrast to the religious styles in fashion in Europe’s capitals.

Instead of artificial decoration, the monastery utilities the natural beauty around it, allowing the forests of Sintra to determine its aesthetics. Its simple walls and roofs blend subtly into the local landscape, forming a part of the natural rocks and cliffs of the area.

Apart from the austere nature of the monastery, and the ingenious way it is concealed within the forest, another architectural feature of note was the persistent usage of cork in the buildings. The roofs and doors of the place were covered in cork, a good, waterproof insulator from the humidity and cold that permeated the area. It also had the advantage of being available in abundance in the surrounding forests.

The convent today has been wonderfully restored. Its architecture and the surrounding nature have only been interfered with when necessary, and the only “modern” implementation that was obvious when we visited, was the string of lights that guided us through the dark interior of the place.

Its outdoor furniture, however, the stone benches and tables in its courtyard, have been overgrown with moss and creepers, allowing it to further sink into the nature.

One of the most beautiful places we’ve been to, the Convent of the Capuchos has won us over with its isolation and its intimacy with the surrounding nature. While its interiors are mysterious and very foreign, its courtyard is contemplative and welcoming. Disguised in nature, this place is the stuff of fairy tales and myths.

Sun, Sea and Geology in Lagos

Lisbon – Where to Eat

Chalet of the Countess of Edla

A Tour of the Churches in Lisbon

Porto – Where to Shop

Porto – Where to Eat and Drink

Mysteries of the Quinta da Regaleira