Along the very eastern tip of the island of Madeira, lies the Peninsula de São Lourenço. The Peninsula tapers out from the mainland, slowly winding out and narrowing into a remote peak far into the distance.

There are a few starting points to this hike. There’s the standard one beginning right at the start of the peninsula, where all the tour buses are parked, but we did not strike out from there. Instead, our guide, David, took us to a beginning a little farther back, so we would get to enjoy the view of the peninsula as it unfolded before us.

The hike was a pretty easy one, with a well trodden clear, flat path. The only pitfall was the strong winds, but given the fantastic sunny weather, we bore this downside quite well.

We began by walking alongside a fence on a raised bit of land before we cut down towards the main starting point for the rest of the walkers on the peninsula. Once we reached the base of the peninsula, we made this timelapse, in spite of the blasting winds. You can find more about it in our post “Ponta de São Lourenço Timelapse“.

We commented on how stunningly green the entire area was. Our guide told us that it usually wasn’t like this – for most of the year, Sao Lourenco was barren, made of red and grey rock. It was the unusually high rainfall that resulted in the current sprouting of grasses and blooming of so many varieties of wild flowers.

At the main starting point, there was quite a lot of people and a bit of a bottleneck. The upside to so many visitors of course is that the route is very well maintained, wide, and relatively easy to walk. The only thing that made it slightly challenging was the really strong wind, which blasted right off the Atlantic ocean.

The peninsula was truly beautiful, with the path undulating up and down, rising to a final lookout point before winding back towards the mainland.

The views from the path were absolutely stunning, with the endless horizon in the distance when you looked up front, and the precarious, vertical cliffs of the peninsula curving to the left and right when you turned back.

The portion I enjoyed the most was when the path dipped down slightly into a saddle like formation before rising again to lead to the lookout point with the most stunning views over the ocean. The saddle was completely covered in vivid green shrubbery, with wildflowers clinging to the vertical rock, hanging over the path like so many colourful dew drops.

The further out onto the peninsula you go, the less people you have to compete for space with on the track. We were lucky enough to have a bit of space along to ourselves at times. During those moments, we really felt how remote we were out on this island floating in the vast Atlantic ocean.

The way back was admittedly a tad tedious, as we’d already seen everything, and we had to jostle with walkers coming in the other way, and of course, the infernal wind. But nevertheless, the consistently stunning views made everything better.

As we hiked through a small valley on our way back to where we started, we spotted a kestrel hovering over a bush. His behaviour looked odd, so we stood for a while and watched. After a few moments, it suddenly made a dive into the bush and pulled out what looked like a large rodent!

It was quite exciting for us to see this bird of prey in action. So when you’re in the area, keep a look out for these birds – watching them hunt is quite a privilege.

Although we visited the Peninsula of Sao Lourenco around the middle of the day, it might be worth visiting a little later to enjoy the sunset over the landform as you hike back to the mainland. Nevertheless, we had a wonderful time, and count ourselves lucky for having got the opportunity to view it while it was in full bloom. 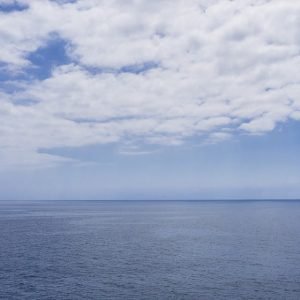 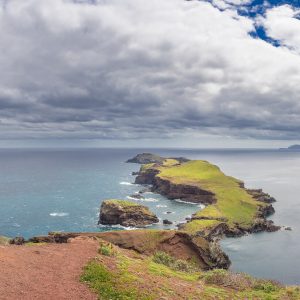 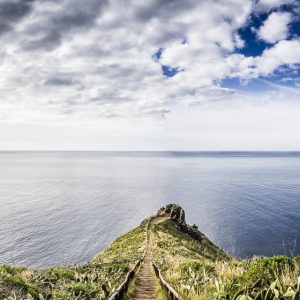 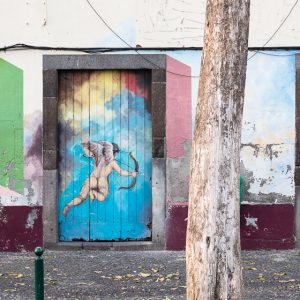 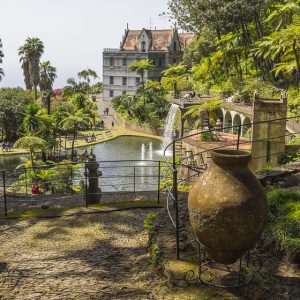 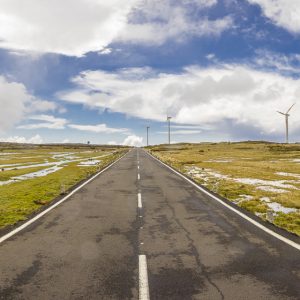 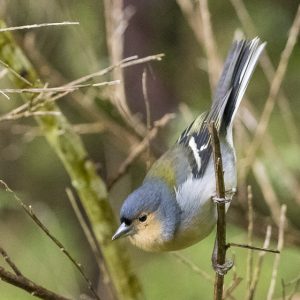