Horse riding in Sete Cidades, on São Miguel, is in my top five most magical experiences. Starting from a stable up on one of the island’s many volcanic peaks, we rode back in time through beautiful rolling pastures with our guides, whose family’s equestrian background went back a few centuries.

Sete Cidades is a rare gem in the Occident, one of the few places technology and development has not affected. Sure, it has some of the trappings of modernity – electricity, refrigeration, the internet, but the way of life remains the same now as it was a hundred years ago. Our guide, André, told us that in this village, bread and milk still came delivered to each door, fresh, every morning.

The residents here are mostly old folk that have been around for a long time. I recall André telling us that there were a few individuals there who were almost centenarians. Impressive, considering that the population of Sete Cidades isn’t very large.

It was magical riding down into the village on our horses. There was only the very occasional car we encountered which broke the illusion of us being back in the 1800s or even before, with no other mode of transportation apart from the beasts we rode.

Horse riding is hard work, especially if you aren’t used to it. You need a strong and supple back and thighs that have stamina and, not to mention, preferably a cushioned bottom. I count myself as very fit, but horse riding does make you use all the little muscles in your body that are not often exerted, to stabilise you on the animal as it walks, trots or gallops.

We took the horses to Lagoa des Sete Cidades. It’s actually two ecologically different lakes joined by a narrow strait. I can’t remember clearly what was so different about them – I thought one was shallower and greener while the other was deeper and bluer.

Our guide took us around the lake and we took a pause by the river bank. We were instructed not to get off our horses, which I greatly wanted to do since by this time, my leg was cramping really bad and I wanted nothing more than to stand and give my knees a rest. Still, I wouldn’t let a bit of physical discomfort dishearten me – the beauty and magic of it all was worth it.

My favourite part of the trip was when we had ridden out of the village and were riding up over a ridge that circled around the settlement. Here, we had an unobstructed view of the quaint little white houses far down below, the hilly rise that surrounded it all, and beyond that, the deep blue expanse of the Atlantic, stretching out into eternity. 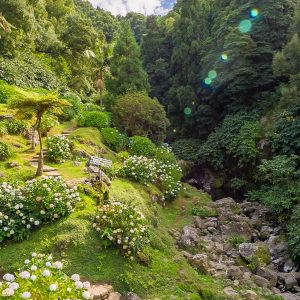 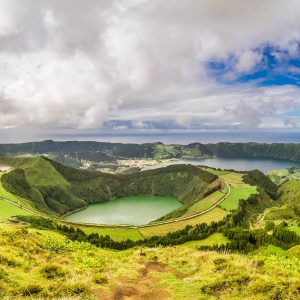 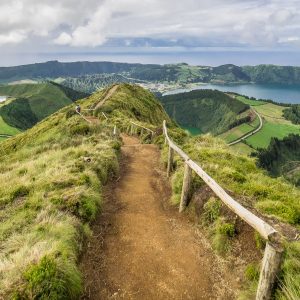 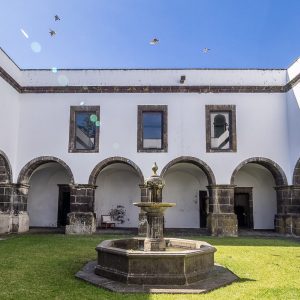 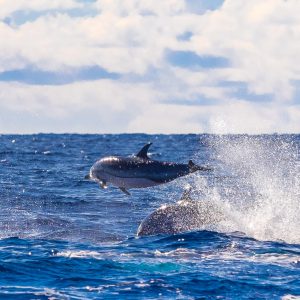 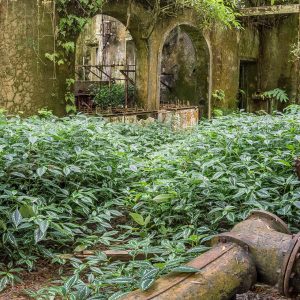 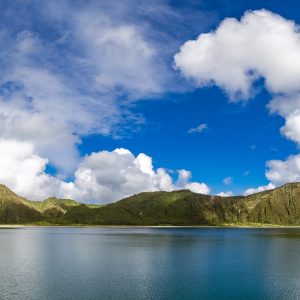 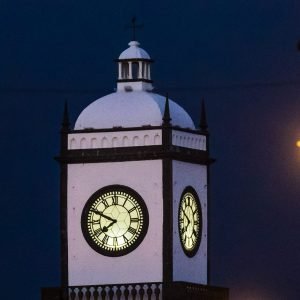 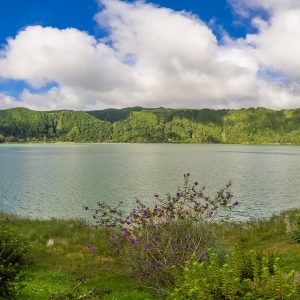 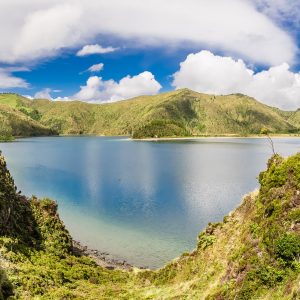